"I am interested in the objects, almost like a boyhood dream, the impossibilities. I am also interested in how others interact with the work, how they assign their own stories to the experience."

My inspiration stems from my dad as a pilot, his stories, my interpretation of them and the contrast between this and the truth. They are just different perspectives on the same story and this is echoed by my exhibition piece. I am interested in the objects, almost like a boyhood dream, the impossibilities. I am also interested in how others interact with the work, how they assign their own stories to the experience. 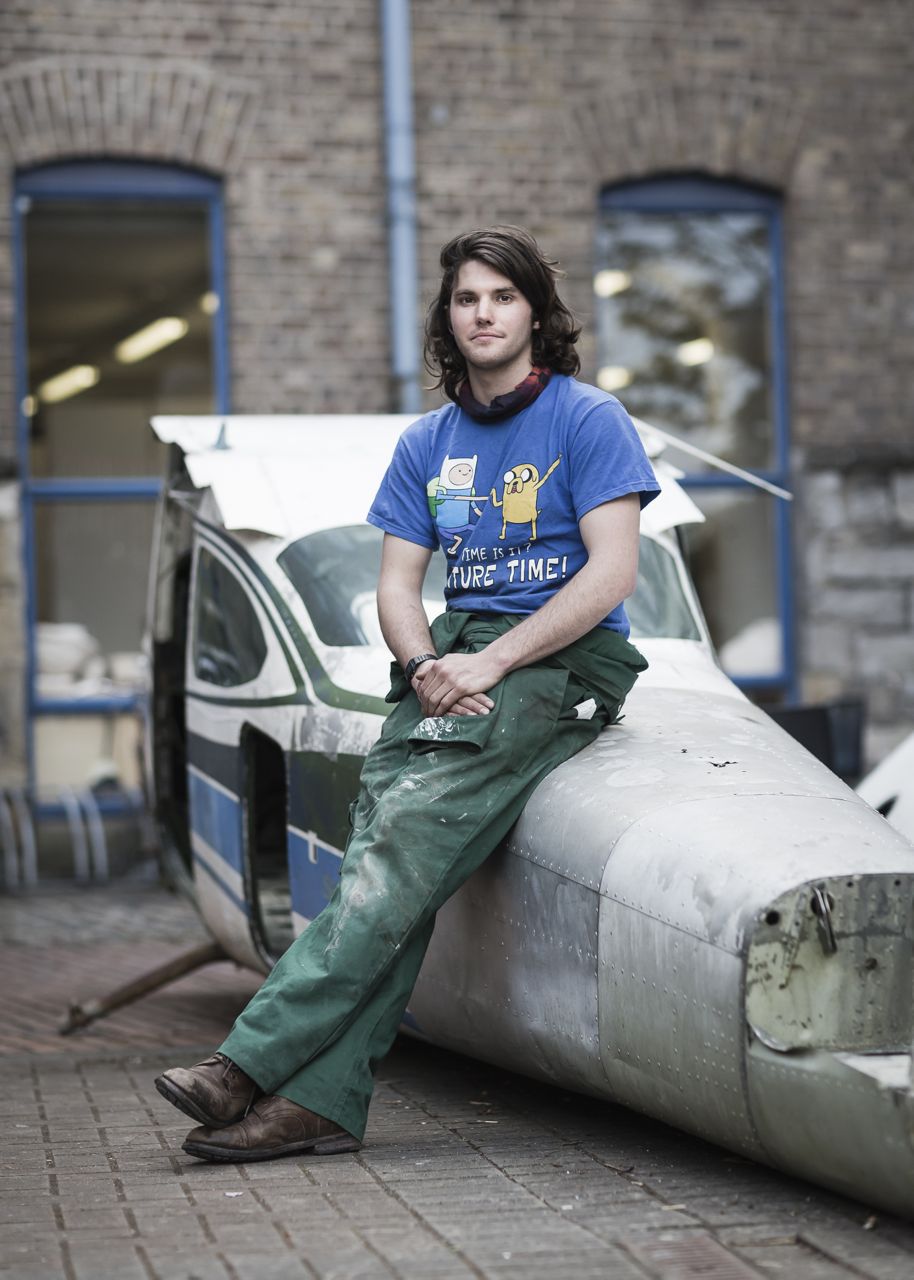 There’s been a couple of other things I have been playing around with and reflecting on. I found a birds nest in the plane. It’s really nice that something that flies found its way into something else that flies. I have also been looking at toy planes. To paraphrase Barth, toys are just a miniature version of real life adult objects. It’s all about scale, it’s a scaled fantasy. The adult thinks of the child as a smaller self, which is interesting. So I have started to collect these
things and started to make things to help get my ideas moving. I think it is good to allow yourself time and space to change as you work.

There’s a couple of other artists I would have looked at, and it’s important to continue to do this. Their ideas would be completely different but you can learn
from their process.

I suppose I am always taking pictures, looking at the imagery at home and trying to create a bridge from these things to the abstract. It’s something I have been doing since First Year. For example when I was down in the airport in Abbeyshrule I was playing around videoing the propellors and looking at how, despite their speed in reality, on film everything had slowed down. This observation could not have been found in any book. It was by going there that I could understand the real truth. Action breeds action. I have to do something, each action is a conduit to the next.

I suppose a part of this is about what I should do in life. I’m kind of in a lost area where I am trying to grasp at something. I am looking back to move forward. My original intention was to do paint but I came to really become interested in making and the idea of following processes of thought into new directions really appealed to me. My concept development is, I believe, an approach I can bring and apply to other things.