"I find that in Sculpture there’s an openness and encouragement to do something you don’t understand and this influences your subsequent actions." 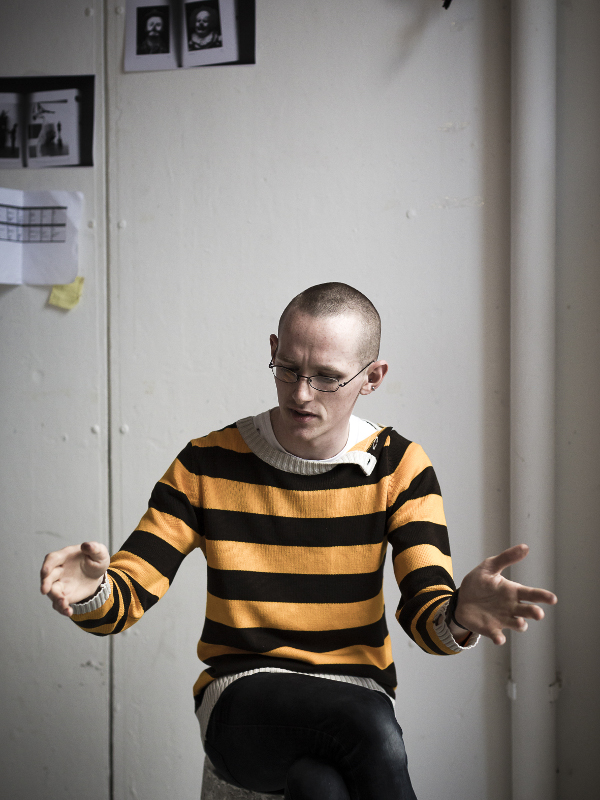 On starting in NCAD

I came straight from secondary school. I wanted to be a painter, I think, because that’s the only thing I’d been exposed to. Then I came here and realised I can make things. I remember in first year I got four pieces of wood and screwed them together to make a strange frame, stood on it and got my friend Ben to smash it apart and that was it. I documented it with a series of photographs and made prints from them.

I find that in Sculpture there’s an openness and encouragement to do something you don’t understand and this influences your subsequent actions. You’re progressing and extracting the knowledge from the thing you’ve done. You look back and you understand why you started in the first place. The more you do, the more you learn. It’s wonderful in that way.

I was influenced so much by other students, I remember when I came into second year, looking at students who were in fourth year at the time, John Conway and Michael Dignam. They had two different ways of working. John was always making objects, Michael, his presence wasn’t really felt, it as only when we came to his degree show, we saw he had made all these really beautiful videos. He had just spent a lot of time editing, working really hard in a different way. John was making objects and he ended up doing a performance with these actual physical things being manifested. They were the two standout shows for me. The onus is completely on you to make as much as you want and you take what you want out of it. One would hope that the work reflects that, there is actual richness to someone who’s been working constantly trying. Loads of people think about the degree show as the last show. I think about it as the first show. At the moment I am considering something with football. Football makes you feel things.

Richard Moss came to the College last year when he received the NCAD SU award for outstanding cultural achievement. I had to make the award, so I made him a boiled egg in resin. it was at a point in time when I was questioning, why does anyone make art? I knew why I’d come to art college, I knew I was doing this thing called art which didn’t really have any particular definition but everyone was trying very hard to defend. It was like trying to play capture the flag but there was no flag. Why did Richard Moss make work about the Congos, is it because he really cares about the Congo or because he wants to make art? It seems border line arbitrary sometimes what art is about. It seems more about making this thing, doing this thing and at that point in time all I really wanted to do was play football. I’ve seen Dennis Denis Bergkamp play football and that is absolutely beautiful, he knows how to do it. Zidane knows how to do it and there’s something wonderful about playing. I was playing football in Red Square in NCAD with my friend one day and the ball fell down out of the sky and I swung my right foot at it and just hit the ball perfectly and it sailed and hit the top left hand corner of the goal. We were completely ecstatic in this moment of wonderful perfection, and that’s the same thing that I felt when I saw The Sea at L‘Estaque by Cezanne. But I’m responsible for making that moment in Red Square. In my work there’s a kind of constant question around this art/life boundary. If you call yourself an artist when are you not making art. I don’t know if I have the authority to claim what my work means, so I don’t really know if I have the authority to claim when my art is happening either. When you look at it from a career perspective and you think, if my job is an artist then I’m getting an awful lot out of it. Maybe the work of art that no one knows you have done is the one that is the most profound because people are treating it as they would anything else. 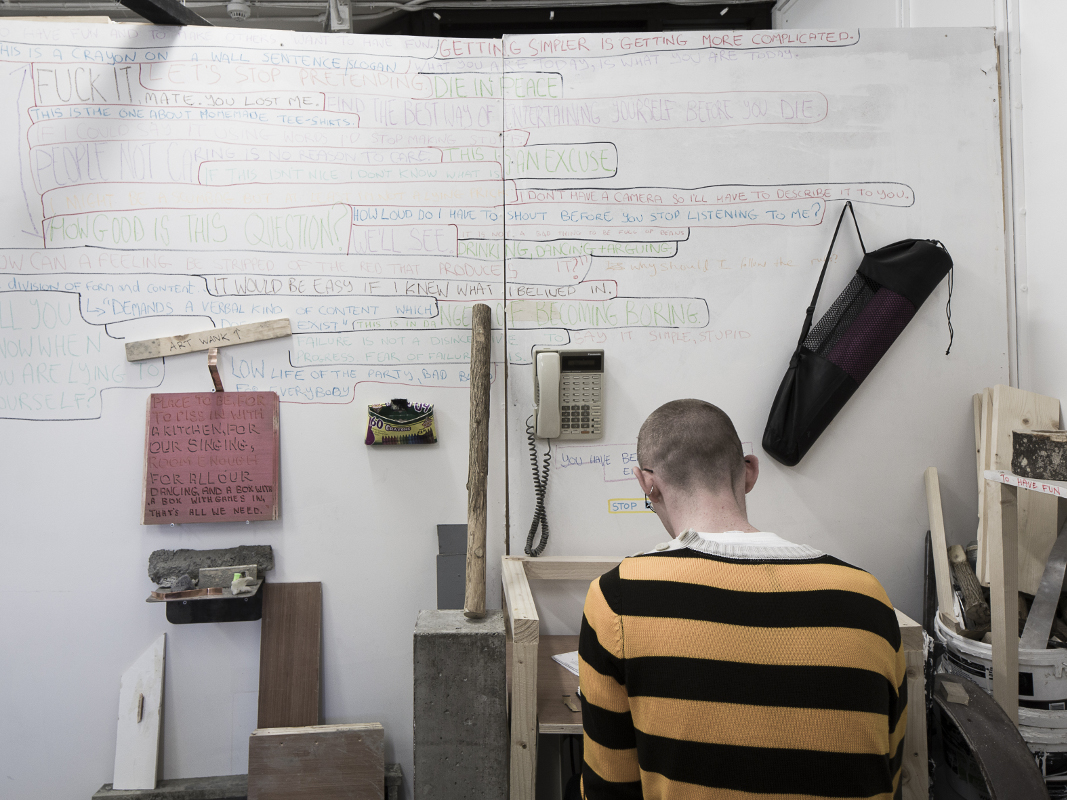 The title of my thesis was Did Donald Judd ever make a chair - is this art or is this life? It was an interrogation of the different areas of Donald Judd’s output. When Judd was an artist he said a lot of big things about the difference between his art and his design works, when he was a designer he did the exact same thing, they were never meant to be shown in the same place. These are big claims he’s making, then when he’d go home to his house he has them all living together, his design works and art works all perfectly comingled. Judd as a man didn’t seem to have as much problem as Judd as an artist or Judd as a designer did. I was hoping that if you interrogate that boundary you can find out that it’s not there.

The thing that brings you to Art College in the first place is something that never leaves you. I’ll always find myself making art. My brother is an industrial designer, I could see myself and him setting up business together. He approaches industrial design from a conceptual design approach and I approach sculpture from the opposite way. If we could influence the way people live outside of a gallery that would be quite good, where he’s trying to get the design into the gallery, I’m trying to get the art out of it, and there could be some quite beautiful cross over there.