"A lot of my research has come from doing my thesis on Zen and studying eastern philosophy."

I think everything’s been blowing around Zen for a while. I think there are these moments that happen to everyone where maybe for a second, things come into focus or from some mundane task or something, you get a moment of clarity, you see everything as it is. I‘m trying to set up situations where people get those moments and where they happen naturally. So a lot of it’s about celebrating the now and making people realise they’re in the present. There’s no set way of doing it, it’s more about finding the best way for these moments to happen for people, in whatever space that they have to happen.

The basic premise is that I’ve set up a camera in front of the Box that looks directly across from the Box. (The Box is a portacabin located in red square in NCAD, it’s painted white and set up inside like a living room.) The camera’s pretty much looking out where the window would be, at what you would see from inside the window. The camera records certain situations that happen that I set up in front of it. The thing is you go inside the box and it feels like you’re looking out a window and then maybe you just think, I’m missing all this stuff outside, but none of it’s actually happening, and it doesn’t matter if it was happening or is happening, you’re missing it anyway. Then there are some other things thrown in, there might be a conversation, there might be ten people having a conversation, ten different conversations and you hear one of them inside the Box maybe being played out loud, because it’s been recorded, and you’re left figuring out, which conversation is happening. The thing is if you’re brought to an exhibition, you think everything has some sort of meaning. So let people look at people sneezing and tell them it’s really, really good, not because it’s not good, because it is, people just don’t think it is. 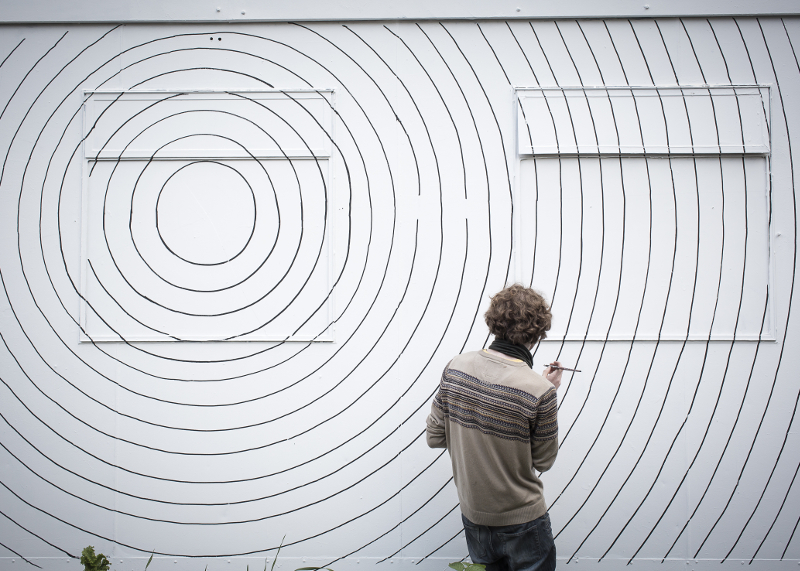 A lot of my research has come from doing my thesis on Zen and studying eastern philosophy. It’s about being constantly in the moment and not living in the past or the future. I always thought that was very important. 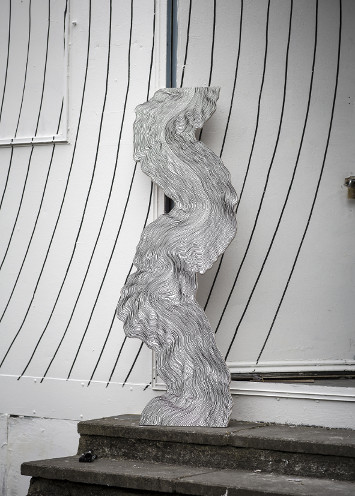 Wolfgang Laib does very nice work where he collects pollen; he goes on long walks from his house and collects pollen in jars. He collects masses of pollen, and then spreads them out in a gallery space in a big square or shape. My dad always said that the lay person has to understand it, that you gotta make work that anyone can relate to. We have a neighbour who goes up and down the lane, he’s a farmer. Dad always said, you know, if he wants to come to your exhibition, he’s got to know what’s going on with it, you can’t leave him out, kind of thing. I have always thought of him as being the kind of person who doesn’t care about art and it doesn’t bother him, but he doesn’t necessarily have a bad opinion about it, it’s just, he’s doing his own thing and I suppose likewise, I’m doing my thing.