"I wanted to create a collection that told the story of its own life." 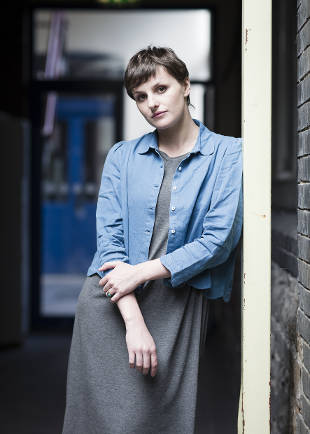 Gwen on her degree show inspiration

My collection is called ‘Alles van waarde is weerloos’ which is a Dutch saying that means ‘Everything is worthless again’. It was inspired by three things – the time I spent in Rotterdam working with a designer, my thesis which was around gift economies and some time spent on Henrietta Street interviewing a bunch of artists. All of those things started me thinking about how we use clothes and the life cycle of the garment and I wanted to create a collection that told the story of its own life. I decided to divide the system of fashion design into six parts to make it easier for myself – inspiration, design, production, sale, life and death.

In my thesis I argue that there is a new kind of gift economy emerging because of the internet. People are sharing information and skills more freely. I was looking at how you could share clothes but obviously the fashion industry is built on this continual cycle where you need to keep buying, buying, buying. Jonathan Chapman talks about ‘emotional durability’ which is based on how you value something more if it is personal and has a personal significance to you. You are therefore more likely to keep it and look after it and this has an environmental knock on effect. Discussion around fashion at the moment is all about fabrics and sustainability, but if you work on an emotional level I think that’s really interesting. What would happen if we could make clothes that have more personal significance? You are also seeing new practices emerging like a renewed interest in vintage and second hand such as clothing libraries in Sweden where you rent clothes for three weeks at a time and you pay a monthly fee.

On her degree show collection 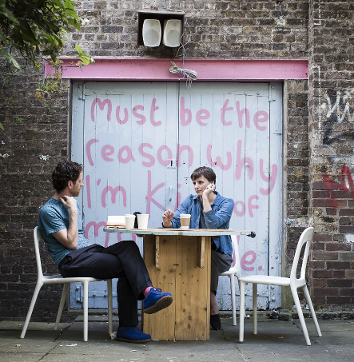 When I started the collection my initial idea was that I would have one garment, one shape that was going to go through the six different stages, the design stage might have a very kind of loose drawing of the garments, the production stage might be embroidered flat patterns of the garments. The life stage, that was always yellow in my mind. I just associate life with yellow and staining, how we touch clothes when we wear them again and again. Then the death stage would be this mess, this crumpled black thing. I thought it was just going to have a really clear narrative from beginning to end but I realised that wasn’t the way to approach it. As a designer it was very limiting to just think of one shape again and again but it took me a while to come to that conclusion. I was intellectualising it probably far too much. 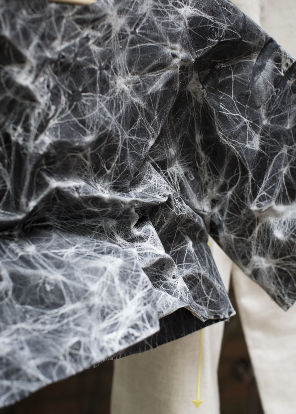 One of my biggest influences was the summer that I had in Holland. By the end of the summer I realised the lady I was working with was not a fashion designer but an artist, she was so free. I’d spend, you know, two days making this perfect twill for her and the model would come in and we would put it on and then Margo would get out a scissors and start hacking into it and I’m like ‘Oh God like my life has ended, I just spent so much time on that’! That really opened my eyes. I just came back thinking clothes are just clothes, you know, and that was a huge turning point for me. I used to be really nervous about putting them on bodies, that’s just ridiculous.

I’m moving to Holland to work with a designer for a year and then maybe apply for a masters. It’s a different designer and she works very differently, very technical and her stuff is tailored but she is still playing with really interesting ideas.