"For the first time ever this course was one that instantly appealed to me. It was unlike other visual culture courses that I had looked at." 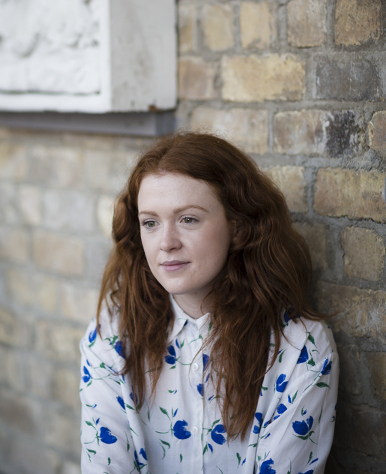 I did a lot of things before I decided to choose Visual Culture at NCAD.  Originally I studied History of Art and then I thought I wanted to go to Art College but struggled with producing art. For the first time ever this course was one that instantly appealed to me. It was unlike other visual culture courses that I had looked at, they were very business and administration based. While for others you needed to do some aspect of art and art production. This one seemed very creative and productive and designed for working in the arts industry.

On connecting with artists and designers

The environment, the visual culture of NCAD is alive. We’re encouraged to connect with the studio based students because eventually we will be working with them quite closely say as curators or gallerists, we are going to help promote their work. We are getting to know these artists of the future.

I am hoping to get into journalism because that’s another aspect of what we do. For some reason I have been concentrating on Design a lot. Most of my class actually seem to be going along the route of Fine Art and Art History but I have chosen the Design path and for most of my recent assignments I have actually looked at things like fashion and architecture.

On her current project

We were asked to research something that we were interested in and I chose Diane Arbus and her photography and Terry Richardson who would be seen as completely opposite to her. I got really interested in Terry Richardson’s aura and his attitude to his working environment. Is it his celebrity status that people are trying to attain? Do people hire him because he’s controversial? You know, everybody wants a bit of the limelight, the money.

Well our library is fantastic, I found a book in the library about Terry Richardson’s first solo exhibition called Terrywood. He was originally a fashion photographer and is very interested in Hollywood glamour. You could really see that from his exhibition. We are encouraged to be more critical about things as opposed to giving our personal view on it, but I don’t know sometimes I think I like to see a personal review of something. I suppose you need to stay on top of your game. In Ireland for example Dublin is probably the perfect place to be because we are constantly going to exhibitions and we are constantly learning and interpreting the visual world. Of course what’s going on outside of Ireland is extremely influential to what’s going on here as well.