"The best thing I've taken from the College is just to think differently, to analyse things." 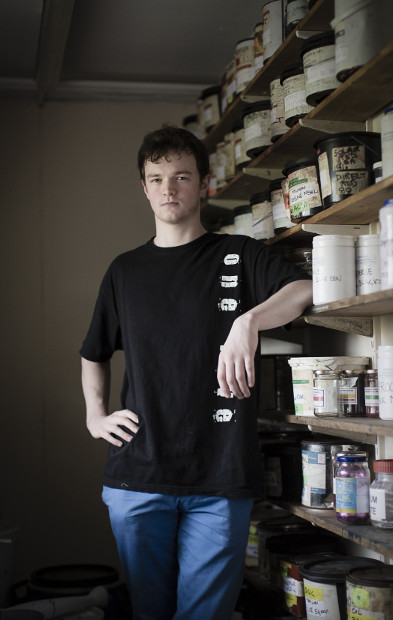 Martin on his final year show

Well the whole thing, started from my thesis research which was about the emotion of disgust and how it’s kind of come on a weird evolutionary path. It’s about instincts versus knowledge. I was just trying to play on that. What happens when we remove the emotion of disgust? Why can’t we appreciate pigs and rats that are closely associated with disgust and death and disease? By removing the emotions through process, such as re-colouring it can change our whole reaction to something.

I am trying to challenge the status quo. I looked into medieval times, you know, public executions, public beheadings and that was just the norm. I‘m just trying to challenge what’s happening nowadays that maybe shouldn’t be happening. That’s the whole point, getting people to rethink why they take things for granted.

I feel my work is being divided into those two parts, it’s making things that are physically disgusting, or whether it’s making disgusting things and putting them on nice material. It’s that tension between autopsy and humour, or gore and seduction. 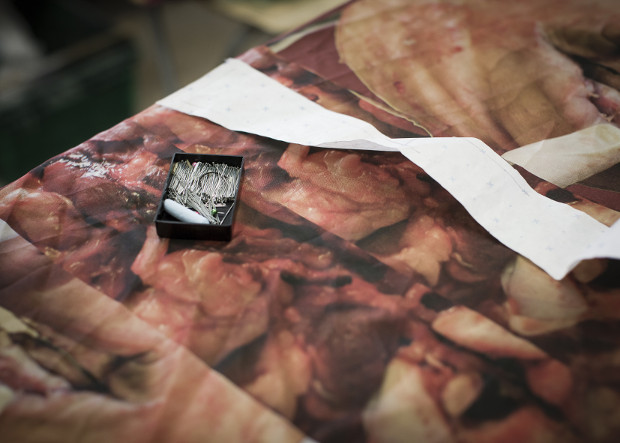 On reaction to the work

Different people have different trigger points. Some cannot look at any of this work, other people are excited by it and some people find it fun. It’s about how we’re conditioned and asking the question, is it ok to look at it? It’s the idea of bringing the glass wall to the abattoir.

The best thing I’ve taken from the College is just to think differently, to analyse things. I’ve been doing other projects outside of College and I wouldn’t have done them if I hadn’t been trained to think about things the way I now do.

I’m trying to set up a micro- brewery at the moment, I have already started a t-shirt company and I have possibly got an internship over the summer with a printing company in London, just for a month, just to get my head around different methods of printing. I do want to set up my own, label, further down the line. I also intend travelling for two years. It’s a big research thing, that’s the whole point of going. Something that is instinctively taught to you in First Year is that everything’s interesting and you should always ask, how would you do it?