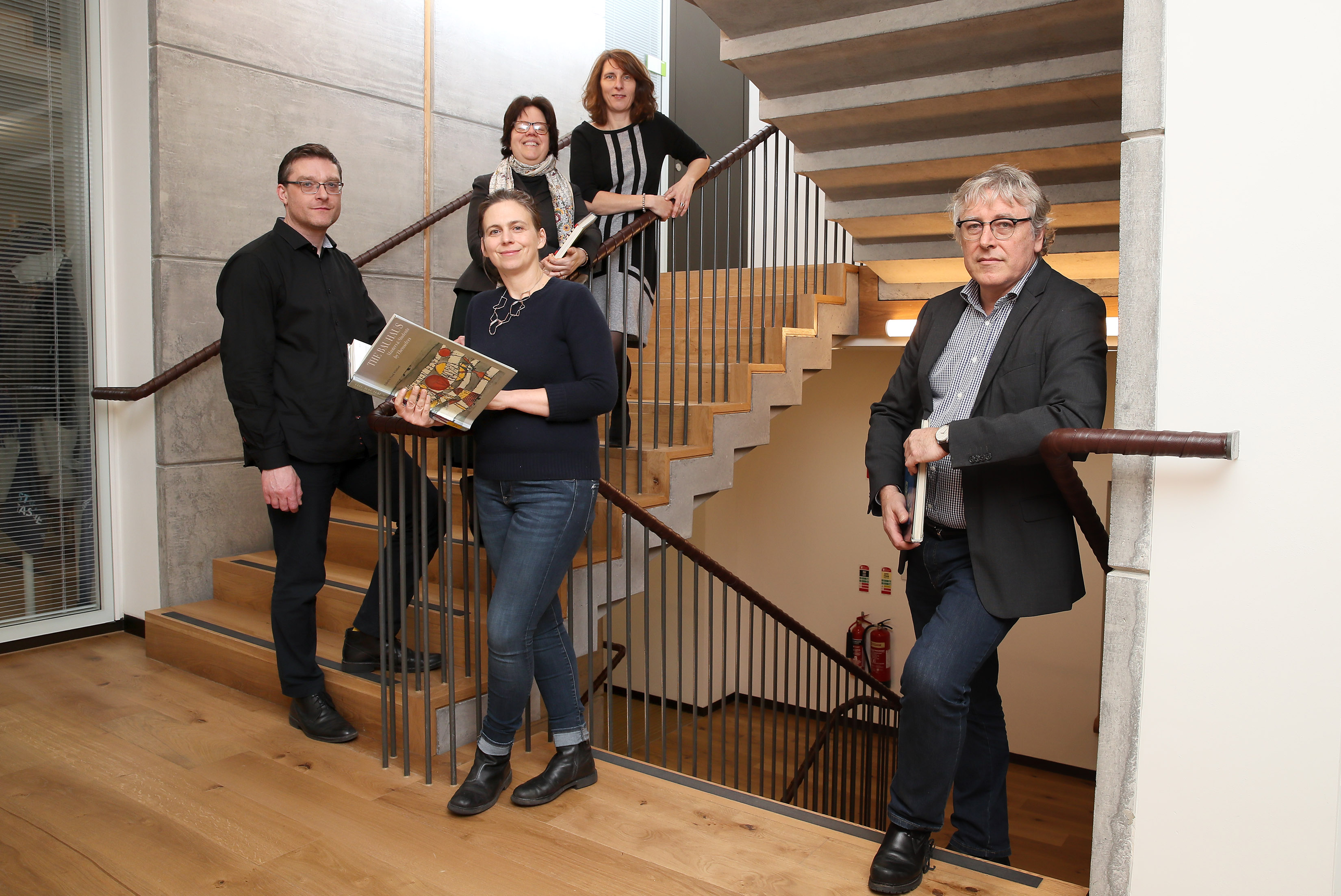 A major conference to mark the 100-year anniversary of the influential Bauhaus school gets underway in Dublin today (07.02.19). ‘Bauhaus Effects’ leads the Irish strand of the world-wide celebrations to mark the Bauhaus centenary, and reflects on the legacy of the innovative artistic, architectural, design and teaching practices developed there.

Speaking ahead of the conference, Director of NCAD, Dr Sarah Glennie said: “The Bauhaus is recognised as the twentieth-century’s most influential school of art and design and is considered an incredible radical moment, when the idea of the art school was completely reimagined, and the role of the artist and the designer in society was also rethought.

“As Ireland’s leading college of art and design, we are particularly interested in the Bauhaus’ implications for contemporary pedagogy. While the Bauhaus is perhaps best known for its legacy in design, Bauhaus philosophy expands into larger social concerns, where the arts school was viewed as a place to think ideas of how a new society might be built. It feels very relevant and important that NCAD has contributed to the development of this conference, which promises to help us rethink the role of artists and designers in society in the future, as well as the future of the art college.”

Designed as an interdisciplinary conference, a panel of expert speakers from around the world will examine the effects of the Bauhaus on individual disciplines, and investigate its continuing impact on contemporary practices: from concepts of space and colour, to the design of toys in the 1920s, and typography.

Professor of Art History at UCD, Dr Kathleen James-Chakraborty said: “The Bauhaus introduced a whole new way of conceptualizing art education around the fact that not all art would be representational. This way of thinking still influences the design of many objects in our daily lives today.

“The Bauhaus was not just a radical art school but in fact initiated a fundamental shift in design culture. Teachers and students at the Bauhaus were acutely alive to new ideas. A century on, the new pedagogic and artistic practices they developed which influenced the transformation of everyday experiences from the 1920s to the present day makes for important assessment.”

The conference will explore the school’s international impact as well as its relationship to developments in fields as diverse as aviation, photography, hairdressing and shop window design.

“A number of Irish architects studied under Ludwig Mies van der Rohe, the third director of the Bauhaus, at the Illinois Institute of Technology, Chicago. Bauhaus influences can also be seen in iconic Irish structures such as the former Bank of Ireland headquarters on Dublin’s Baggot Street, as well as a number of buildings situated on the campuses of RTÉ and UCD.”

Outlining the ‘Bauhaus Effects’ eclectic programme of discussions, Director of the Goethe-Institut Irland, Dr Thomas Lier said: “The conference will assemble an interdisciplinary collection of discussions that analyse Bauhaus innovations and models of thought which continue to resonate within the contemporary built environment today. From furniture construction to skyscraper design, from interior spaces to urban topographies, Bauhaus means different things to different people, and we look forward to exploring the multiple ways of interpreting its legacy over these three days.”

The conference will feature a number of keynote speakers, including: Professor Heike Hanada, Chair in Theory of Building Typology at the Technical University of Dortmund, and designer of the New Bauhaus Museum in Weimar, which is scheduled to open in April 2019. Professor Hanada will open the conference this evening by outlining how the construction of the new museum posed questions that challenged a radical and clear approach.

Commenting, German Ambassador to Ireland, Her Excellency Mrs Deike Potzel said: “Bauhaus is a major brand name in Germany and we are proud of its heritage and legacy. In its early days, Bauhaus concepts were considered so new and modern, bringing together craft, architecture and art. It is important that we continue to discuss and analyse the heritage of the Bauhaus, including the influence it has had, and continues to have, on so many artists and architects around the world.”

The conference will be closed by Professor Irit Rogoff, writer, teacher, academic, curator, and one of the initiators and co-founders of the School of Visual Cultures at Goldsmiths College, London. Panel discussions will cover topics such as ‘Bauhaus Effects in everyday life’, ‘Paradigm Shift’, ‘Bauhaus Aftershocks’ and ‘Bauhaus Effects through pedagogy’.

For further information about the ‘Bauhaus Effects’ conference, and the full conference programme, visit: www.bauhauseffects.com.

Interviews with representatives from the conference partners are available on request.

Images from the conference launch are available to download here.