‘At dawn we will stand in a circle, as the sun rises it will renew the souls of the pure’ 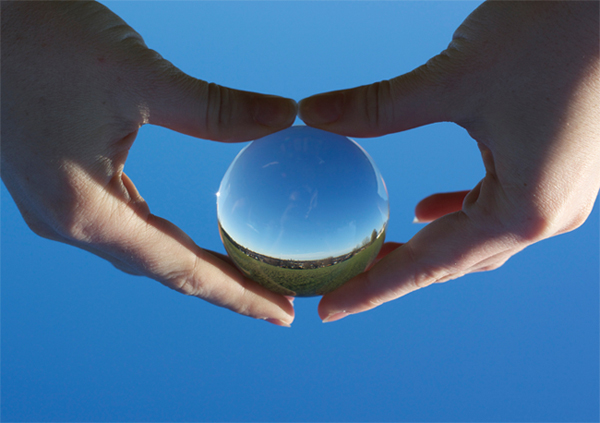 
At dawn we will stand in a circle, as the sun rises it will renew the souls of the pure, is a two-person exhibition bringing together artists Conor Mary Foy and Nicky Teegan. Within their practices, the artists’ draw thematically from dystopian sci-fi, outmoded technologies, occultism, ritual and fiction.

Conor Mary Foy works with video, live art, photography and sculptural intervention. His work originates with the kernel of an idea: for a single video shot, an object, or a mask from which a final artwork develops. A common element in his practice is the use of masked or hooded actors, beckoning static sculptural installations and objects to exist in relation to the figure or actor. Fiction is an overriding interest in his practice, although there is a strong suggestion of specific themes and inspiration, certainties towards this are never stated in his work, leaving it open to a multiplicity of interpretations.

In her practice, Nicky Teegan’s process is influenced by her interest in dystopian science fiction, Greek mythology and organised belief systems that relate to natural phenomena. Through repetitive methods such as weaving, drawing, sound looping, layering and photocopying she makes objects, drawings, installations, performances, videos and sound works. In a direct focus, she is concerned specifically with the collector’s fetishistic engagement with artefacts of material culture. This inspires her to subvert acquired objects and experiences by reconfiguring them, now reformed as artworks. In turn, these artworks, now formed as part of a collection, function in rituals and performances at a later date.

For this exhibition, the NCAD Gallery plays host to a reimaging of the artists previous collaborations. The Gallery is a darkened space navigable by projection light which is in turn reflected off the textures of made sculptures and floor works. On the opening night, the two practices collide and converge in a live performance: employing several actors in a dramatic audio visual ritualistic enactment. To accompany the Gallery pieces, both artists have each written a fictitious text as a central element, presented as printed matter for the audience to take away.


Exhibition Screening Event 5 -9pm, Friday 2nd May 2014
Location Harry Clarke House Lecture Theatre, NCAD
An evening of screenings selected by the artists is programmed to complement the exhibition. They comprise a series of science fiction shorts and a main feature screening of the film 'Logans Run' directed by Michael Anderson.
Times and details will be confirmed closer to the screening date.

Conor Mary Foy is an artist based in Dublin. In 2013 he graduated from the National College of Art and Design in in Fine Art and is the current recipient of The Recent Graduate Studio Residency award at Temple Bar Gallery and Studios for 2014/2015. His recent solo exhibitions include, "Adiaphora" at Kevin Kavanagh Gallery Dublin and "Teratology" at Flatpack Gallery and Studios Dublin, in 2013. Recent group exhibitions and two person shows have included; “At Dawn we will stand in a circle holding hands...” with Nicky Teegan, at Tactic Cork (2013), 'Numina', 'Observance Ur', Crate Space, Margate (2013), Performance Night, Monster Truck, Dublin (2012), “Unit 1”, Dublin (2012).
www.conormaryfoy.com