EXHIBITION DATES EXTENDED to Monday 8 March, 2021.
A Reluctant Mirage speaks to the cultural zeitgeist of detachment, virtuality, resistance, and ideological reshifting that has pervaded throughout the past year. In a time of global crisis, the struggle to create is challenging. A longing for the immediate past, and desire for the increasingly distant future, permeates our days. We exist in a collective limbo, both isolated and together at once. As the horizon shifts, our future dawns and sets in a haze of mere speculation. Amid this distortion, the churning of living has slowed to a cycle of existence. A Reluctant Mirage survives as a collective narrative, a resistant force that is propelled by a necessity to merely continue, to merely finalise, to merely squint at the vibrating horizon and draw a breath.
Art In The Contemporary World (ACW) MFA/MA 2020 Graduate exhibitors
Aoife Banks | Dominique Crowley | María del Buey | Brendan Fox | Kate Friedeberg | Seanán Kerr | Gráinne Murphy | Jessica Neville | Orlaith Phelan | Paul Roy

The NCAD Gallery is very happy to be able to host and to give the class of 2020 graduates this opportunity to exhibit their work. This is an opportunity for the NCAD to support the graduate class of 2020 in realising the culmination of their work and study they would have ordinarily presented in June of 2020. We have devised a number of ways to access the content of the exhibition online during Covid-19, and are fortunate to take advantage of the architecture of the NCAD Gallery window that faces onto Thomas Street, Dublin 8, the exhibition can be viewed by our passing on-street audience.
EXHIBITION Walk-through VIDEO: Fri, 19 Feb, 5PM YouTube
A video walk-through of the exhibition, A Reluctant Mirage: An NCAD ACW MFA/MA 2020 Graduates Exhibition, 2021. 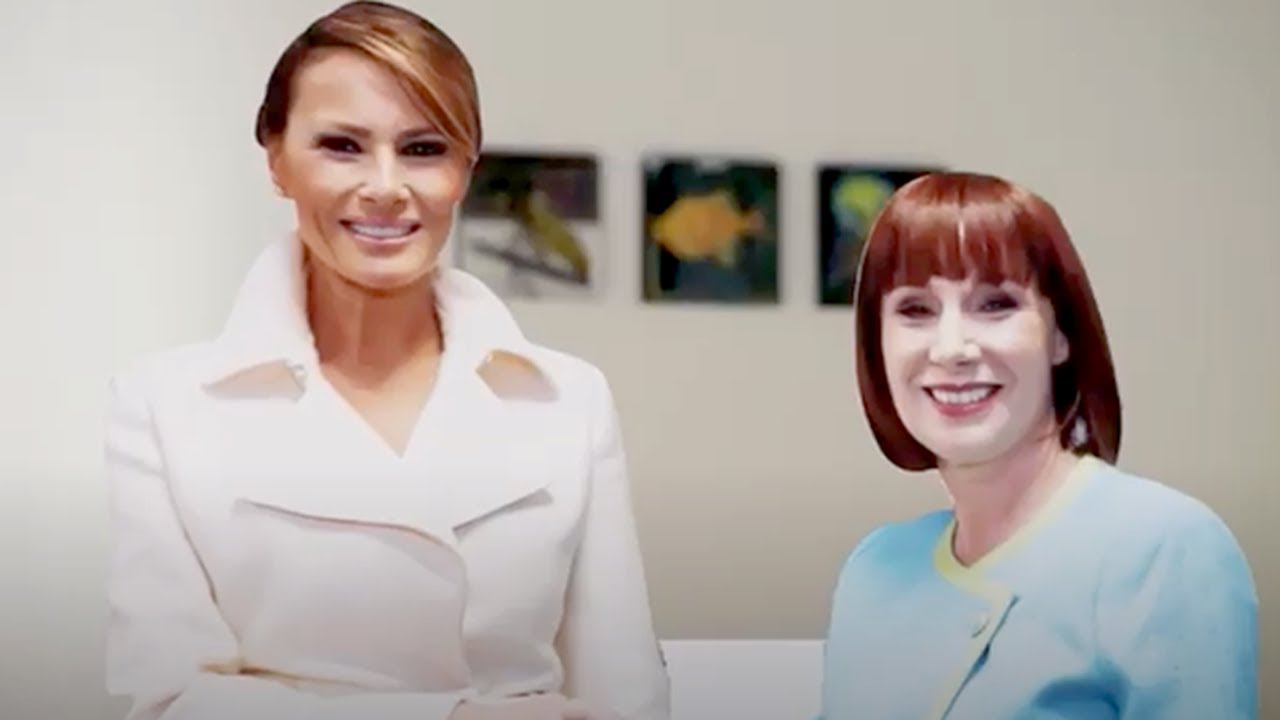 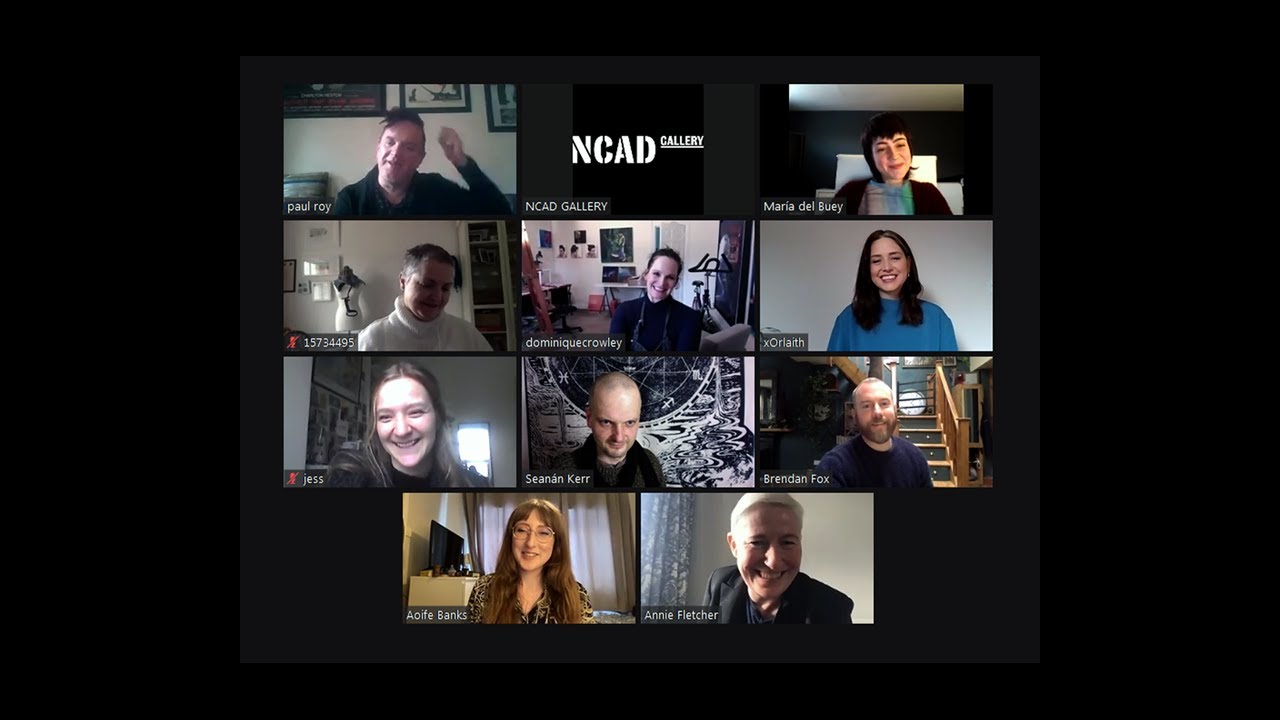 SCREENING EVENT:  Tues 23 Feb, 6PM, YouTube
Artists Seanán Kerr and Frank Wasser In Conversation and Q&A live broadcast. Featuring an introduction to Kerr's film, 'A Million Years Painting Watercolours, an educational Art film' followed by a live watch-along screening with the artists, and follow up live Q & A session. Audience members are encouraged to participate by writing questions and comments in the YouTube chat box.A Million Years Painting Watercolours, an educational Art film is currently installed in the closed-online NCAD Gallery exhibition, A Reluctant Mirage, on view to our passing on-street audience. Also available to watch on VIMEO. 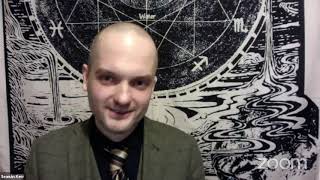 PANEL DISCUSSION EVENT: Thurs, 25 Feb, 7PM, YouTube
I know you're blind, but you've got to see this : Artist Seanán Kerr hosts panelists, Dr. Francis Halsall, Dr. Rachel O'Dwyer, C Derrick Varn, and Prof. Helena Sheehan.
A panel discussion inquiry into Adam Curtis' 'Can't get you out of my head' series. This event, the title in reference to dialogue from the hugely popular computer game, Grand Theft Auto San Andreas, aims to thrust its panel from Curtis' broad discussion of the series itself to explore the nature of making 'art' in the face of the zeitgeist. Questioning, can an artwork change the world? Audience members are encouraged to participate by writing questions and comments in the YouTube chat box. 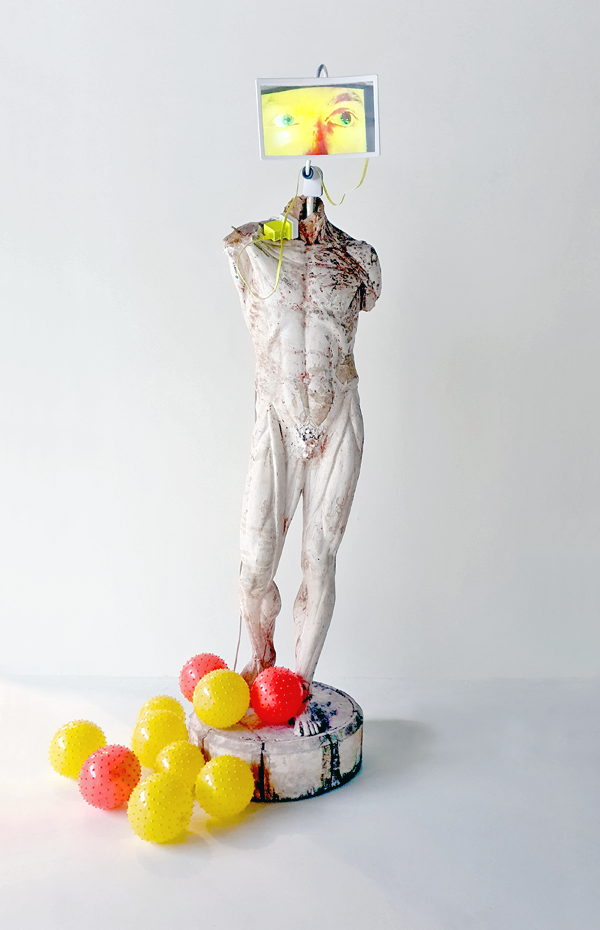 VITA (Virtual Isolated Terrestrial Area)
What has being present meant over the last year? In a virtual realm, how is our presence distorted? Presence on digital platforms displaces ourselves from our lived bodies, projecting a proxy self, or avatar, into a proxy space; a stand-in for reality. How do these distortions of selfhood alter our relations with one another and our relationship with our own sense of self? For A Reluctant Mirage, avatars have been crafted by each exhibiting artist. Present in the gallery space in a staged social setting, these simulative inhabitants interact with one another and the exhibited work in lieu of human presence.
Text by Aoife Banks.
__________________
Exhibitors Information
Aoife Banks : Artist & Curator
Dríodar Drift, 2021, digital image projection.

Dríodar Drift is an ongoing project examining the etchings of colonialism that remain embedded within contemporary Ireland. Ireland’s landscape has been carved out by glacial movements; drift and sediment that left its mark upon the earth. Ridged coastlines, erratic midland eskers, and hidden mountain micro valleys across the land are contemporary monuments that stand as a testament to how water in its many forms has shaped our landscape.As the last glacial ice sheet shifted beyond our land, we were left with marcations that will take millennia to resolve. Focusing on the valley walls of The Glen, a forested micro valley carved by a particularly destructive glacier eons ago and now hidden in the crevices of Knocknarea mountain, this segment of Driodar Drift meditates on the geomorphology of glacial sculpting, change, and loss in Ireland's landscape.

Aoife Banks is a multidisciplinary artist and independent curator based in Dublin. Working in sculptural, relational and curatorial queeration and disruption, Aoife’s practice explores queer theory, affective relations and dissent against oppressive sociopolitical structures and hegemonies. She received her joint BA in Fine Art and Visual Culture in 2018 and MFA in Visual Culture, Art in the Contemporary World, in 2020 at the National College of Art and Design.
__________________
María del Buey Cañas : Artist
The Zone, 2020, QR Codes to Site Sound Recordings, Maps on Acetate, Instructions, dimensions variable.
María del Buey Cañas is an artist and researcher based in Dublin since 2018. Her art practice engages space as the primordial element in the production of her work, being also the gravitational point around which to reflect and experiment with possible and desirable landscapes of existence.
Listening and the politics of frequency that any active listening engages play fundamental roles in her art practice, both as a methodology and as an outcome. Through sound, speculative writing and different incursions in the digital and real realms, she attempts to overcome the common omissions of a regular sight, which often includes the countless disconnections that shape cities, networks, economical systems, and manifestly non-mappable trading chains.
Her work The Zone is a speculative digital space contained in a Google Drive Unit, and access can be gained through QR codes located in different points of Dublin city, as shown in the map displayed in the NCAD Gallery. Link
__________________
Dominique Crowley : Artist
Plantationocene, 2021, Diptych. Oil and resin on wood panel, 100cm h x 100cm w Each.
Before Chthulucene, 2021, Triptych. Oil, pigment Pen and resin on wood panel. 30cm x 30cm Each

This project is a way, through painting, to think through the dual crises of climate change and ecological collapse. Their mapping led to an understanding of their causes and those of the related emergencies of inequality and migration. Much has been written about the origins of our current predicament lying in western ideas of progress, their emergence in the enlightenment and their development through colonialism, resource extraction and consumption. A confluence is emerging around de-centering the human and making room for other living and non-living things. An ethics and philosophy for the Anthropocene is crystallising. New figurations need to be found to refer to our post human embodied and embedded subjectivity. Finding a language for this new position requires creative thinking and an adjustment of perspective. This post anthropocentric turn is where my work is placed. These paintings of the “cenes” look to embody this mapping process mediated by screen vision, and the power of personal technology.
Plantationocene : Screen vision of an imperial ghost  - https://dominique-crowley.format.com/
__________________
Brendan Fox : Curator
Games for Artists and Non-Artists - Archive, 2020, mixed media archive installation, video, sound, objects, text, images. Dimensions variable.

Occupying the cracks of the institutional scheduling at the Irish Museum of Modern Art (IMMA), Games for Artists and Non-Artists (GFANA) began as a series of curated active collaborations, experiments and workshops drawing on Augusto Boal's Theatre of The Oppressed (TO).
Centring participants through meditative and active collaborative approaches GFANA considers both contemporary arts as praxis and as a vehicle for establishing sustainable community-based relations and infrastructures.
GFANA, like the rhizomatic nature of TO, as a practice and concept, has no fixed abode but rather aims to occupy the territory of cracks between participation and art practice, between the institutional and the communal. It does not rely on the tree of the institution but may climb it as a vantage point. GFANA may manifest in many capacities from performative actions, socially inclusive projects, protest or visual expressions. It is an active intersection for artists and the community.

For A Reluctant Mirage, Kerr presents, A Million Years Painting Watercolours, an educational Art film, and a tarot card reading display which is the basis for the film that acts as a Legend. Each segment of the film deals with one card from the reading, the cards are displayed and numbered in accordance with the sequence they appear in the film, orienting the viewer in the event of stepping into the film at any given juncture. The film is consciously designed to work equally well as something you view from beginning to end or at any single entry point.
__________________
Gráinne Murphy : Artist
Crochet, 2021,
Video.
Duration: 00:12:00 minutes.