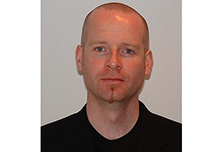 My current research project, Ireland, Landscape and Nineteenth-Century Photography, examines material that, up to now, has been dealt with largely on an empirical or canonical basis. The work is a critical-historical account of the relationships between photographic representations of place and Irish manifestations of colonialism, nationalism and capital. Through a contemporary theoretical framework (drawing on the work of Marx, Benjamin, Bhabha and Rancière), it argues that photography’s inception represents a rupture in visual culture – producing a crisis in the politics of representation – and that its consequences have been playing out through landscape imaging for 180 years. Implicated in this process are concepts of place, identity, nation and materiality – turning photographic meaning into something continually deferred, qualified and contingent on historiographical connections between images' moments of production and consumption.

European Society for the History of Photography

2014 meeting of the American Conference of Irish Studies and the Canadian Conference for Irish Studies/L’Association Canadienne d’Études Irlandaises held at University College Dublin. Paper title: “The Politics of Nineteenth-Century Landscape Photography in Ireland and the USA.” June 2014

Irish Universities Quality Board Seminar Striving to enhance the Student Experience: Implementing a Student-Centred Approach to Learning – The European Standards and Guidelines (Part 1) in Action. November 2009

The Examiner, "Coming to terms with technology", Isabel Healy. May 14th 1999

Kingram Studios Dublin - Winners in the Cothú (now Business to Arts) Arts Sponsorship of the Year Awards for their support of the exhibition Resolution. 1998