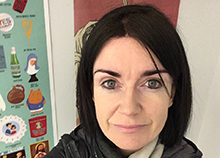 Dr Mahony’s current research investigates how publicly funded cultural institutions and grass roots community organisations adopt commoning strategies to resist and rewrite the neoliberalisation of the public art sector in Europe. She is a principal investigator on a MSC H2020 RISE transdisciplinary research action (grant €690,000), entitled Spatial Practices in Art and ArChitecture for Empathetic EXchange (SPACEX) 2022-26. Through secondments between 27 academic and cultural organisations, SPACEX will test, map, analyse and communicate the ways in which spatial practices in art, architecture and design instigate public exchange and promote empathetic ways of living together in urban space. The research project responds to the troubling rise of populist nationalism and conflict in European societies by engaging new publics and forging a culture that embraces diversity, difference, and discursive exchange within cities, towns and urban sites.

Dr Emma Mahony has worked as a lecturer on graduate and undergraduate programmes in the School of Visual Culture since 2009, where she is currently Course Leader for the BA in Visual Culture. She is also a principal investigator on a MSC H2020 RISE transdisciplinary research action (grant €690,000), entitled Spatial Practices in Art and ArChitecture for Empathetic EXchange (SPACEX) 2022-26. She sits on the editorial board of Art & the Public Sphere journal. From 2004-8 she was Exhibition Curator for Hayward Touring, Southbank Centre, London, and from 1999-2004 she worked as an exhibition organiser at a number of public and private art galleries in London including Hayward Gallery, Chisenhale Gallery, Jerwood Space and The Approach.

She was published widely on contemporary art, activism and curatorial studies as a contributor to peer reviewed journals including: Anarchist Studies Journal, FIELD A Journal of Socially-Engaged Art Criticism, Performance Research; Curator: The Museum Journal; Museum & Society, and Art & the Public Sphere. She is co-editor of The Routledge Companion to Spatial Practices and the Urban Commons (with Melanie Jordan, Andrew Hewitt and Socrates Stratis forthcoming 01 January, 2026) and she has recently published a book chapter ‘From Institutional to Interstitial Critique: the resistant force that is liberating the neoliberal museum from below’, for the Routledge Companion to Contemporary Art, Visual Culture, and Climate Change (2021, eds. T.J Demos, E. E. Scott and S. Banerjee). In March 2023 she is co-organising a 2-day seminar on behavioural economics and commoning, entitled From Cultural Value to Social Wealth at NCAD in conjunction with the Spatial Practices in Art and ArChitecture for Empathetic Exchange EU research action, UCD and Project Art Centre. In 2019 she led the Irish Museum of Modern Art (IMMA) Summer School on Art and Politics and in 2016 she organised and chaired a symposium entitled Beyond Art Activism at IMMA. She has also been invited to take part in many public events at galleries and universities in Ireland and abroad, including University of Amsterdam (UvA); Loughborough University; BAK, Utrecht; and IMMA. She is a regular peer reviewer for a number of academic journals including Social Inclusion (Cogitatio Press); Curator: The Museum Journal (Wiley); Art & the Public Sphere, (Intellect); and Lateral: Journal of the Cultural Studies Association (Cultural Studies Association).

‘From Institutional to Interstitial Critique: the resistant force that is liberating the neoliberal museum from below’, for the Routledge Companion to Contemporary Art, Visual Culture, and Climate Change (eds. T.J Demos, E. E. Scott and S. Banerjee). London: Routledge, 2021.

‘Beyond the neo-liberal value discourse towards a concept of social wealth’, Art & the Public Sphere, 9:1&2, December 2020.

‘Operating at a necessary distance from institutions: a case-study of the Barcelona based collective Enmedio’, Anarchist Studies Journal (forthcoming Spring 2019)

‘Opening spaces of resistance in the corporatized cultural institution: Liberate Tate and the Art Not Oil coalition’, Museum & Society, 15:2, July 2017, 127-41

‘Where Do They Stand?’ Deviant Art Institutions and the Liberal Democratic State’, Irish Journal of Arts Management and Cultural Policy, 1:1, September, 2013

‘When Artists Become Popstars’, Circa, Summer 2000

‘Towards an Art and Education of the Common’, iJADE Conference 2017: Art and Design as Agent for Change, National College of Art and Design, 17-18 November 2017

‘Interstitial Distance as a Technique of Protest in the Practice of Liberate Tate’, Techniques of Art and Protest, King’s College, London, 18 September 2015

‘Mapping the Strategies of Resistance Utilized by the Protestors in the 2011 Cycle of Struggles onto the Art Institutional Landscape’, Performing Protest: Re-Imagining the Good Life in Times of Crisis, KU Leuven, 8-10 May 2014

‘The Role of the Nation State in the Constitution of a Deviant Art Institution’, Crisis & Critique of the State: Interdisciplinary Graduate Conference 2013, Goldsmiths, University of London, 25-26 October 2013

‘What is a Deviant Art Institution?’, National Gallery of Ireland Study Day, 06 March 2013

About Face: Photography and the Death of the Portrait, Hayward Gallery, June–September 2004

‘Mel Evans of Liberate Tate in Conversation with Emma Mahony’, NCAD, Dublin, May 2015

‘Andrea Schlieker in Conversation with Emma Mahony,’ NCAD, Dublin, May 2009