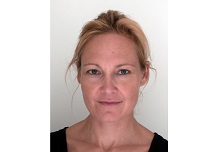 Industrial designer, design educator, researcher and writer with a keen interest in socially responsible design and in industrial design in the socialist German Democratic Republic

Katharina Pfützner holds a degree in industrial design, jointly awarded by NCAD and the University of Limerick (1998). After spending some years practicing design in a Dublin-based consultancy, she returned to NCAD to follow her interest in socially responsible design and to teach – initially on a part-time basis in the Department of Industrial Design and in the Faculty of Visual Culture, and from 2004 as EPL in Industrial Design.

Katharina’s teaching interests span a wide range of socially responsible design practices, including design for environmental sustainability, inclusive design and design for specialised needs, as well as non-commercial practices, such as design for debate. In addition to supervising undergraduate and postgraduate projects in what is now called the Department of Product Design, she also occasionally teaches design-related modules in the School of Visual Culture. Between 2010 and 2014 she was a member of the editorial board for the Irish visual and material culture journal Artefact.

‘”But a home is not a laboratory”: The Anxieties of Designing the Socialist Home in the German Democratic Republic 1950-1965’ in Atomic Dwelling: Anxiety, Domesticity, and Postwar Architecture, ed. Robin Schuldenfrei (London: Routledge, 2012)

April 2010: ‘The Cultural Politics of Designing the Socialist Home in the German Democratic Republic’, Annual Conference of the Association of Art Historians AAH10, University of Glasgow, Scotland

Institute of Designers of Ireland (IDI)